Ben Affleck To Play Batman? Has The World Gone Mad? How to make a movie kids like Batman versus Superman?

If you’re waiting for a rant… here’s a rant. I’m about to rant… Do you mind if I rant? Okay, I’m gonna rant!

I think we all agree that this was a movie that took the fandom’s breath away! Every comic lover and nerd out there has been waiting for a crossover movie like this to happen since the Michael Turner comics of the Batman / Superman crossover, if not longer!

Now, we were actually expecting a Justice League movie in wake of the success that Marvel had with The Avengers movie and confirmation of a sequel to The Avengers. We basically knew that a Justice League movie was looming around the corner. That’s why most kids nowadays are not only fanatics, but they’re also aspiring filmmakers. Most kids and teens start to learn how to create movies from www.youngfilmacademy.co.uk. With the inevitable hype leading up to The Justice League, our nerdy attentions were fixed on any developments for that movie – so I guess we were pleasantly blind sighted by the announcement of a Batman / Superman flick.

It’s every boy’s dream come true! To see two of DC’s leading titans together on the big screen for the first time…. EVER. Nothing could go wrong!

Then… the subject on casting BATMAN came about…

We’ve had some real stinkers pick up the mantel of Batman on the big screen over the years… Personally, I think there were only TWO worthy enough for the role:

Interesting enough, both actors decided to refuse the role when Warner Brothers Studios sought them again to reprise the role outside their contract.

Related:  HOW TO TELL WHEN A Shy Guy Likes You?

And if history is any indication, I’m sad to say that what comes next may just be the worse thing to happen at the worst possible time! 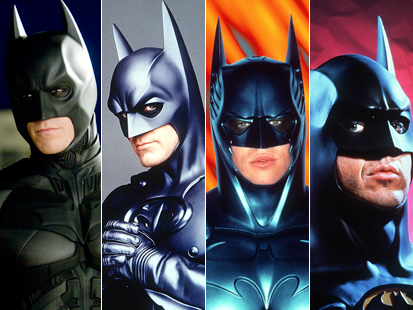 The Batmen We Never Want To Remember Again…

I don’t intend to be mean here, but as a big Batman fanboy, I just have to speak my mind here…

Okay… Batman Forever was arguably a good movie. When Michael Keaton refused to return as Batman for the third time, Warner Bros had to find someone and they took the chance on Val Kilmer. Val was actually an all right fit for the role, but at the time, seeing anyone under the cape and cowl other than Michael Keaton pretty much brought down the movie a few notches.

Batman Forever did a good job casting Jim Carrey as The Riddler (C’mon, who would be a bigger enigma in Hollywood during the 90s than the same guy who played Ace Ventura and  The Mask?) they also did well with casting Tommy Lee jones as Two Face and Chris O’Donnell as Robin… however, as hard as it tried, it just did not live to the expectation of the previous two Batman films. Of course, we had a different director and main actor so inevitably, that’s what did them in… 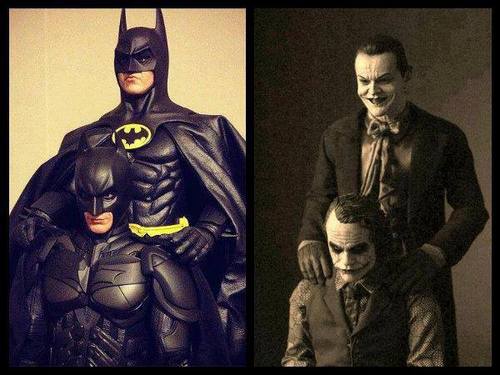 The Greatest Batmen In Hollywood

Michael Keaton always had a knack of being a bit of a strange one, and he’s also no stranger to Tim Burton movies (remember Beetlejuice?) so it was no wonder why he did so well taking up the role of Batman in Tim Burton’s vision of the franchise. In fact, the first two movies set the tone for the entire Batman universe going forward. Batman The Animated Series was a testament to that.

Related:  PROJARED: The Fall Of A YouTube Gamer (A Fan's Perspective)

This is the very reason why Batman became so big in the movies to begin with…which is why Michael Keaton is without question, one of the best fits for Batman in the movies.

At the time Batman Begins was being prepped, many people had mixed thoughts. We all remember Michael Keaton’s portrayal fondly… and we all remember how every follow-up just dragged the character further and further into the muck… It would be fair to say that Christian Bale had to do a lot to convince fans he was worthy of Batman.

And oh…my…gosh, did he deliver or what??

We can say that Christian Bale and Christopher Nolan are the Michael Keaton and Tim Burton of today… and we would be accurate.

The new Batman trilogy did what Burton’s first two films also did for the franchise: It became the cinematic standard and is evident in the roumers of future Batman films remaining in what’s called the “Nolan universe”.

So… yes, Christian Bale did more than enough to earn the role and for many, it’s hard to see anyone else play the caped crusader as well as he did.

History Is DOOMED To Repeat Itself!

This is why I’m face palming over here and brushing away a tear or two… What happened after Michael Keaton refused to return as Batman?

The next two films stunk!

SO… what might happen now that Christian Bale is refusing to return to the role?

The Batman / Superman movie is one of the biggest cinematic events of all time… It one that has never happened before, and if it’s poorly done, may never happen again! With the stakes raised so high, I would have hoped Warner Bros. would shell out as much moola as it takes to convince Bale to come back!

I mean, just how awesome would it be to have Christian Bale and Henry Cavil duke it out in the same movie? Pretty epic!

I don’t know… journalists are saying that fans hated the idea of Heath Ledger being Joker when he was first announced for the part and now it’s hard to imagine anyone else (besides Jack Nicholson of course)… so the argument is the same can be said for Ben Affleck…. but… c’mon. We know how Ben is as a superhero (Daredevil)… We know he’s a good actor but come on…

((YES, I know this was completely focused on BATMAN as opposed to Superman or what the story may be focused on or how the two may do together… We know Henry Cavil will do a good job… We also know Christian Bale would do a good job… but yeah… not sure about this movie anymore)

What To Talk About In Your Blog Make Money Blogging Tip #1: How To Sell Products