I was surfing one of the message boards I frequently visit and I came across this post one person made that was supposed to put “MLM’s” in perspective. Curious and always a seeker of knowledge, I took a look to see what the video had to say. I’ve never heard of Penn & Teller before, but apparently they are or were pretty big with their show “Bull Sh*t”…. Yeah.

The video takes you on an adventure with three Multi Level Marketing (MLM) sales reps… although, I’ll be honest, it was pretty difficult getting past the first 5 minutes of the intro where the hosts were putting on some satirical sketch about MLMs by showing a line of people who were dubbed as idiots… and naked.

Naked? Really? Is that how you get your point across?

Sure, for my guy readers, you may get a kick out of seeing naked in a video… but, before you go looking for it, keep in mind that half of those naked people are MEN.

So… whatever you do, don’t let your momma catch you looking at it, coz really, they just won’t know what to make of you.

I would respect this more if this video was made from people within the industry. Really, this is just a series that made fun of things, almost at random. I was open minded to see what Penn & Teller had to say, and to their credit, they did discuss some things I’ve heard before (regarding how many people are successful, compensation plans, etc)… but instead of offering a well researched solution for anyone interested in MLM, they just poke fun at the whole thing.

That’s well and good, but hardly valid when you have people like me who have literally made THOUSANDS of dollars and being TOTAL newbies at the same time (I’ve only been involved in MLM’s for a little over a year now).

So what this does is discourage any would-be successful marketers because this show was on television… SO OBVIOUSLY IT HAS CREDIBILITY, RIGHT?!?!?!

That in itself is bull… and to be honest, I think that’s why they called their show BS…

Is There Any Truth To It?

Again, there were some points such as MLM’s compensation plans and the success rate of many MLMs… but they look at it from all the wrong angles.

If I joined a MLM business called “Kittens-For-Cash” and I need to recruit people into my business as “Kitten-Klerks” (I dunno…) but I don’t do anything and expect the business to work without following the training that is given to me… I obviously won’t succeed and lose money for every month I’m still a member and don’t use the business.

Well, let’s be honest here: MAJORITY of people are straight up LAZY. So in order to be accurate, each MLM business is required by LAW to post accurate accounts for how many people are successful and sadly, in perspective, most people aren’t successful…

…But, is it because the business is bad?… Or is it because most people won’t get off their lazy behinds and actually do some WORK?! 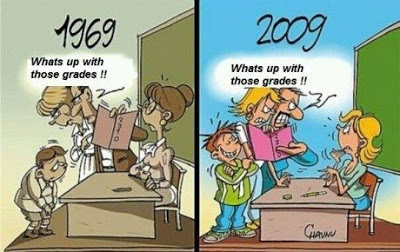 Related:  Are YOU Struggling With Finding A Job & Have Debt?

So Does Penn & Teller’s Episode On “Easy Money” Have Any Value?

If you can’t get enough of the naked human body or foul language and still living with a 3rd grader mentality… Yeah, sure. Value all around. This video was pretty disappointing and believe me, if I tried to like it… I really did. It’s just one of those blue-smoke-and-mirrors where they distract you by their “shock-jock” entertainment that they don’t really dive into the core of what MLMs are and just pass it off as a “pyramid scheme”.

What Do YOU Think?

Were you unfortunate enough to see this episode? I sympathize. Share your thoughts in the comments section below!

Make Money Blogging Tip #2: Selling Affiliate Products & Which To Choose How To Blog DAILY And Enjoy It!