The Power Of Saying “Yes” – Optimists Vs Pessimists 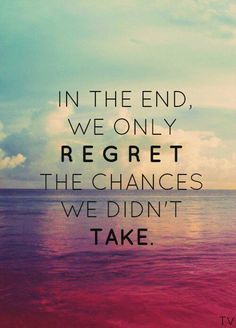 Hey. Hey you. You need to change your vocabulary – and it all starts by saying the word, “yes”.

I am a firm believer that in everything, there is thought. Behind every action, there is a pre-conceived notion to motivate it. I don’t believe anything happens by chance. There may be some exceptions but overall I feel if something significant happened in your life, there is a reason for it.

Think about what powerful effect your thoughts have in your life. Everything you see from your surroundings to your influences – all of it was placed there by thought. It all is based on whether you’re a positive or a negative person.

Are you a optimist or a pessimist?

Most pessimists don’t know they are, whereas most optimists are strangely aware. Why is that?

Well, my theory is that people are generally raised pessimists. It’s like a default position. It doesn’t take much effort to be pessimistic, you simply drop all expectations and assume the worst of each scenario will occur. Doesn’t require any real effort. But it is a depressing lifestyle.

Now being optimistic does require effort. For one, most optimists are surrounded by pessimists, so to remain an optimist it will require being the stronger influence in the midst of doubters and down-lookers. It’s like being Daniel in the lion’s den.

Also, optimists face rejection on a regular basis and yet keeps on believing in the best despite how often they may face rejection. It’s not easy. C’mon admit it, it’s easier just to lose hope and live in doubt.

…But again, that’s a pretty depressing way to live.

Related:  I Saw Something Amazing... (Creating A Vision Board Part 2)

While pessimists may have the upper hand in regards to not having any show for effort or disappointment due to low expectations… optimists wind up winning in the end.

A pessimist may try at first but give up after facing a basic level of rejection.

An optimist will face rejection time and time again UNTIL they get what they’re after.

The optimist clearly wins in the end!

That is why it is important to learn how to include the word “Yes” into your vocabulary.

A pessimist will learn towards saying “no” on most occassions.

An optimist will have no problem saying “yes” even if it means taking a reasonable risk.

The ones who say “no” closes doors in order to stay in their comfort zone. They may remain comfortable but they exclude themselves from any opportunity for advancement.

The ones who say “yes” are the risk takers. They do face getting hurt the most as they come across conflict more regularly than the pessimist but because they are open to risks, they are also open to great opportunities.

The question then becomes, which one are YOU?

You probably fit into the pessimist mindset. They are most common. Think about this, do you prefer being comfortable? Do you think up excuses to not make certain choices? Do you try to sort all the reasons why you shouldn’t do something when presented with a potential opportunity?

Is being a pessimist wrong? Well, not really. If your preference is ultimately for feeling secure but never advancing… then that may just be your way of life.

Related:  Top 10 Ways To Treat Depression In 2015... Without Medication

However, repetition gets sickening after a while… especially for me. I hate routine and I hate being complacent with a moderate style of living.

We have one life and in that one life, I feel it’s our responsibility to live it up as much as we can and do things that will benefit us the most while we’re on this earth.

I look through the world through positive eyes, although I do face doubting thoughts at times like anyone else. Still, I work hard to remain an optimist.

It’s because of that I’m also a risk taker. As long as there’s good enough logic behind it, I am not afraid to do something that has no certain outcome until after I take it.