Welcome one and all! In case you haven’t figured it out yet, you’ve stumbled on my website…and WHO am I? Do you even need to ask?

That’s right! I’m Jason Torres, The Blogging Rapper! Some of you are looking at me like, “Is he for REAL?”

So, Am I REALLY A Rapper? 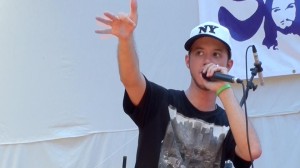 Most of you may look at my name and think this whole thing is a gimmick – but in actuality, I’m a rap artist who writes and records his own music; in his own home studio; and performs it locally. I’ve been a rapper since 2004 when I was living in the Bronx of New York City.

As you may be able to tell – I’m not your typical rapper. If I had to classify my style of music, I would consider myself a conscious or positive rapper. I mostly rhyme about solutions to life’s problems, you know… make myself relatable with my audience. I identify things that afflict people, then give them hope within the content of the songs. I think that helps to give my life purpose.

Truth is – I LOVE it! I love doing what I do because it challenges people to see the brighter side of life. I feel like the media is full of negativity, and being able to perform and have people come to me to thank me for my music… That’s something I would love to do all day every day!

So, WHAT’S My Story? Get To The Juicy Stuff! 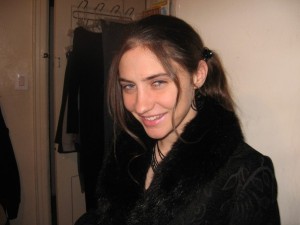 I was born and raised in the Bronx of New York City to two wonderful parents. I grew up Christian and I’ve been in ministry off and on for several years. In 2005, I met the woman of my DREAAAAMS and yep, you guessed it – in 2007, got married!

When I was in New York, I lived under my parent’s shelter, so life was easy and care free… The day I got married was without a doubt, the greatest day of my life (after accepting Jesus as my Lord and Savior of course). Unfortunately though, once I became a married man, reality hit me like a ton of bricks!

My Job at LOWES

I held a job at Lowe’s for two years, which was a good job, but one day I was ending my shift with a bunch of co-workers and while waiting to exit the store, I asked some of them:

Do you think it’s possible to afford a house while working at this job? Even if I were to be promoted?

Their response was a firm and emphatic “Heck, no!”

It got me thinking…“How long will I be happy with a job like this?”

As I said earlier, I had a care-free life. I was one of those guys with his head up in the clouds – I used to believe I could be President if I wanted to!

Now, you may look at me like I must be immature or something, but I figured out that it’s people who dream that are the ones who live the life that most people consider a fantasy.

My Job As A Freelance Artist

Anyway, I left Lowe’s in favor of being a freelance artist, since I grew up drawing comic books and the like. I earned about maybe $100 or so…

My Job As An Undercover Fast Food Tester

Then I became an undercover fast food tester… Basically, I went to Whattaburger restaurants, ordered a meal, ate it, then got reimbursed and paid an extra $10 bucks a couple weeks later. I made about $200-300 per month.

At this point, the money I set aside before leaving Lowe’s was just about depleted and my wife had to get a job as a full-time nanny in order to take care of our bills… Being a proud husband, I knew I had to find an “actual job” again, so I started my search – that lasted for TWO years! 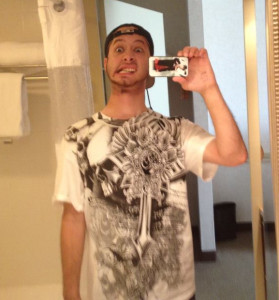 So the search for a job seemed endless. I managed to get a couple jobs as a graphic artist for my home church and for another church in Dallas… In fact, for a time, I worked for both simultaneously! That was pretty good money, but one thing I learned about employment in churches – NO job security! Once summer hit, attendance at both churches dropped, and with low attendance, there’s lower tithes and offerings coming in, which means I had to be let go… from both.

I was unemployed again.

It was then that I started my own web and graphic design company, called Red Stain Designs, where I was able to make some good money with a few clients. Problem was, I always lacked the skills to be assertive and while I have great people skills, things typically fell apart when it came to discussing money. Thankfully, I’m much better at this NOW… but when I first launched Red Stain, clients walked all over me! I reasoned that with the fact I just needed money and I was more afraid of losing their business and not make anything at all.

NOTE: I’m in a MUCH better position now, so don’t try to get one over on me if you seek me for some graphics 😉

Sure, I had some hit and misses… I made some money as I was desperately seeking a job, so it wasn’t all that bad. Problem was, I was still falling behind on rent and other bills.

I was getting turned down, job after job. McDonald’s wouldn’t even hire me! I’m a college graduate, so I suppose I was over-qualified for many of the jobs I applied for (I was just applying left and right, didn’t care where I worked).

Meanwhile, debt continued to climb. I started thinking, “There MUST be more to life than this! Even if I get a job… how far can I go with it?”

I started thinking back to when I was working at Lowe’s… I wanted a house… I wanted to afford a new car… I wanted a life of freedom. Would I always be a slave to a job? I didn’t want that…

Would I always be a slave to a job? I didn’t want that…

Still, as a husband and provider, I knew I had to get a job to take care of our finances.

That’s when it all changed…

Here’s Where My Life Changed! 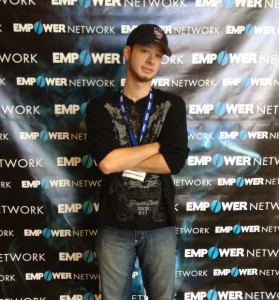 I can just close my eyes and remember how it happened… I woke up one Saturday morning. My wife likes to sleep in. I went up to my home office to work on some budgeting and job hunting. I got a text on my iPhone… it was from my wife. It read:

What happened to our money?

I logged onto my bank’s website and saw we apparently over drafted when the bills went through. This happened a couple times before, but this time, I was especially discouraged. My wife came up to my office, sorrow on her face… she looked at me and asked:

What are we going to do?

I prayed, as I always have… I looked up at my computer screen and thought, I literally had nothing else but my computer and an internet connection. Somehow, I HAD to make money using these things…

… I mean, McDonald’s wouldn’t hire me.

… Every part time or freelance job I tried didn’t work out.

…There HAD to be something!

I found a way to make money online for free.. and it worked like none of my other business ventures… to say this wasn’t the one thing that changed my life is a serious understatement! Going to bed and waking up to a Paypal iPhone message saying I made $200-300 became the highlight of my day every day!

Not only that, I learned to agree with guys like Zig Ziglar who says:

“You can get everything in life you want if you will just help enough other people get what they want.”

I started to train myself to be more than just an online entrepreneur… but to also be a motivational leader, helping other people with similar stories to make a change in their life and earn money online just like myself. I am proud to say, I have successfully paved the way for several people to believe in themselves and make money.

THAT is the name of the game my friends… You don’t have to work 10-20 years to get out of your college loans… you don’t have to forever be in debt… In fact, if like you to dream – DREAM! Life is short, you MUST enjoy it while you can…

You MUST dream and make those dreams come true…

Are YOU worth it?